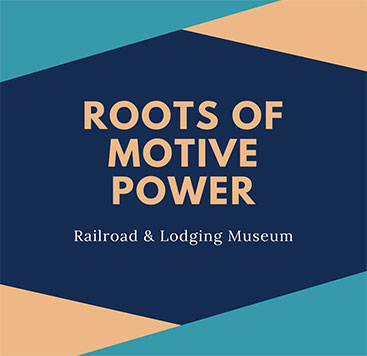 Year Built:
c. 1942
Type of Equipment:
Heavy Equipment
Crane
Traction:
Wheels
Manufacturer:
Service Supply Corporation
Manufacturer Location:
Philadelphia, PA
Motive Power:
Gasoline
Non-Motive Power:
Gasoline
In Service:
Klamath Machine and Locomotive Works
U.S. Navy
Donor:
Ron McGehee
Owner:
Roots of Motive Power
Ron McGehee recently donated to the Roots collection a crane, affectionately called the Cherry Picker, which had been an integral part of his father’s business – Ukiah Machine and Welding. The crane was called a “Cranemaster”, built by the Service Supply Corporation of Philadelphia, PA, Model Number W600, S/N 128. It utilizes a Case tractor for power with a rear drive PTO driving the cable drums. The Cherry Picker was built for the U.S. Navy during WWII. It became surplus after the war and was acquired by Klamath Machine and Locomotive Works, a sawmill machinery manufacturer in Ukiah during the 1950s and 1960s. Klamath used the Cherry Picker to move materials around the yard and into the manufacturing plant. Klamath Machine’s first plant was in Ukiah on North State Street (old Highway 101) in the building that is now Wright Stuff Pizza. Klamath Machine later moved to a new manufacturing plant on Lake Mendocino Drive, the current home of the County of Mendocino Public Works Department shop and yard. Klamath Machine was a major player in the supply of machinery to sawmills on the West Coast. In 1965, Klamath Machine merged with M. A. Ward of Eugene, Oregon to form one of the largest sawmill machinery manufacturers in the Pacific Northwest. It was this merger that caused Klamath Machine to leave Ukiah and to move north to Eugene. John McGehee (1925-1998) was shop foreman at Klamath Machine at the time of the merger. He decided to stay in Ukiah and start his own machine and welding business. With $5000 in cash he had saved, he purchased the machines, tools and leftover scrap pile that Klamath Machine did not want to move to Oregon. Included in the purchase was the Cherry Picker. Mr. McGehee started doing business in early 1965 as Ukiah Machine and Welding, renting the old Klamath shops on Lake Mendocino Drive. The County of Mendocino purchased the shops in 1966 and forced Mr. McGehee to move to a new site on 3450 North State Street. He erected a new 40 x 150 steel building using the Cherry Picker for all of the assembly work. McGehee started the business with no forklifts to move materials, and the Cherry Picker played an integral part in the daily operation of the shop, lifting raw materials, loading and unloading trucks. The Cherry Picker was used throughout the 1960s, 1970s and 1980s to move materials around the plant site of Ukiah Machine. Ukiah Machine became a major manufacturer of sawmill machinery, and at one time had over 120 employees. In sawmill equipment circles, the Ukiah Machine name was synonymous with the finest and most innovative sawmill machinery available. It was during the late 1980s that the many forklifts at Ukiah Machine made the Cherry Picker obsolete. The old crane was parked in the late 1980s and never moved another piece of steel. The Cherry Picker was donated to Roots of Motive Power by Ron McGehee, son of the man who built a multi-million dollar business with his $5000, his determination, and the help of the Cherry Picker. From the Roots of Motive Power Newsletter, April 2002