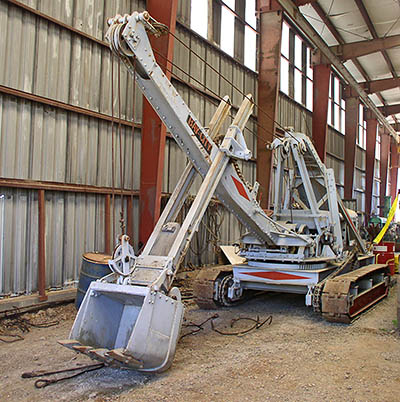 This shovel was acquired by Henry Groner of Groner Iron and Steel, Berger, Missouri, who operated the machine for many years. It was purchased by Chris Baldo and Wendy Wilmes in 1993 and moved to Willits.