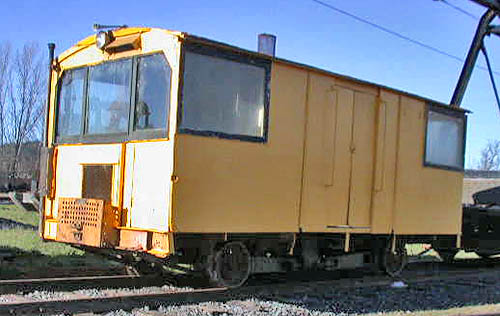 Harry Gibson accurately observed that there was an economic and operational need for an intermediate sized railroad vehicle, with greater capacity than the traditional “speeder” of the day offered by Fairmont, Fairbanks Morse, Northwestern, etc., (4-8 people) and a full size passenger car pulled by a locomotive. The Gibson Speeder was an immediate success with lumber companies that were faced with the daily requirement of moving their large logging crews to the woods, where the only access was via rail. The list of customers is a Who’s Who of timber companies in the Pacific Northwest: West Fork Logging Company, Mt. Emily Lumber Company, Potlatch Forests, Inc., Weyerhaeuser Company, Simpson Logging Company, Long-Bell Lumber Company, Rayonier, Inc., The Pacific Lumber Company and many others. Gibson Manufacturing appears to have built fewer than 300 speeders in its 20 years of production, with its last models hauling 90-100 people.

The Pacific Lumber Company used four of the Gibson speeders to move its logging crews to the woods on its extensive system of logging railroads. Yaeger Creek, Jordan Creek, Freshwater Creek, all saw their share of Gibson speeders laden with 20-25 men, with their accompanying caulk boots, snooze cans, and sweat-soaked clothes. T.P.L. #3 is believed to have been built around 1945, and was construction number 224. It was purchased from The Pacific Lumber Company by Rogan Coombs in 1992. The Gibson Speeder was donated to Roots of Motive Power by Mr. Coombs in 2005 and remains operational.