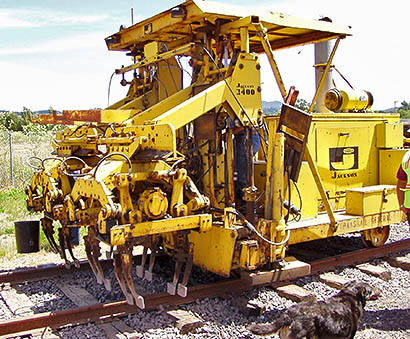 The Tamper will greatly reduce the amount of back-breaking hand tamping of the ballast under the track. It is also used for lining and surfacing the rail which in turn provides a safer operating environment for our locomotives and rolling stock. Included in the purchase were innumerable track maintenance tools including track drills, rail saws, rail grinders, jacks, etc. Larry Adams was retiring from his family’s track maintenance business and Roots appreciates his offer to sell the materials to us at a greatly reduced price.

from the Roots of Motive Power newsletter, December 2003